Information about Hybrid Chestnuts to Plant or Eat

A quick note! As of Feb. 22, YES, we still have chestnuts (to eat) available.

Go To: Chestnuts To Eat (Not Just For Christmas, Anymore...)

Badgersett Farm is the coldest, driest place in the world where anyone works seriously with chestnuts as a crop.  A mixture of the Chinese, American, European, Japanese, and Seguin chestnut species, they are so far down the path to domestication that it is no longer possible to say "this is a mostly Chinese tree" - or any other variation.  They are Neohybrids.  Our population has come through test winters of -42°F, extreme drought, cold summers, hot summers, and the chestnut blight.  The majority are not as large as the common European chestnuts in most supermarkets, but closely resemble the "North China" type, in size, flavor, and ease of peeling.  In China; these are the most valuable. 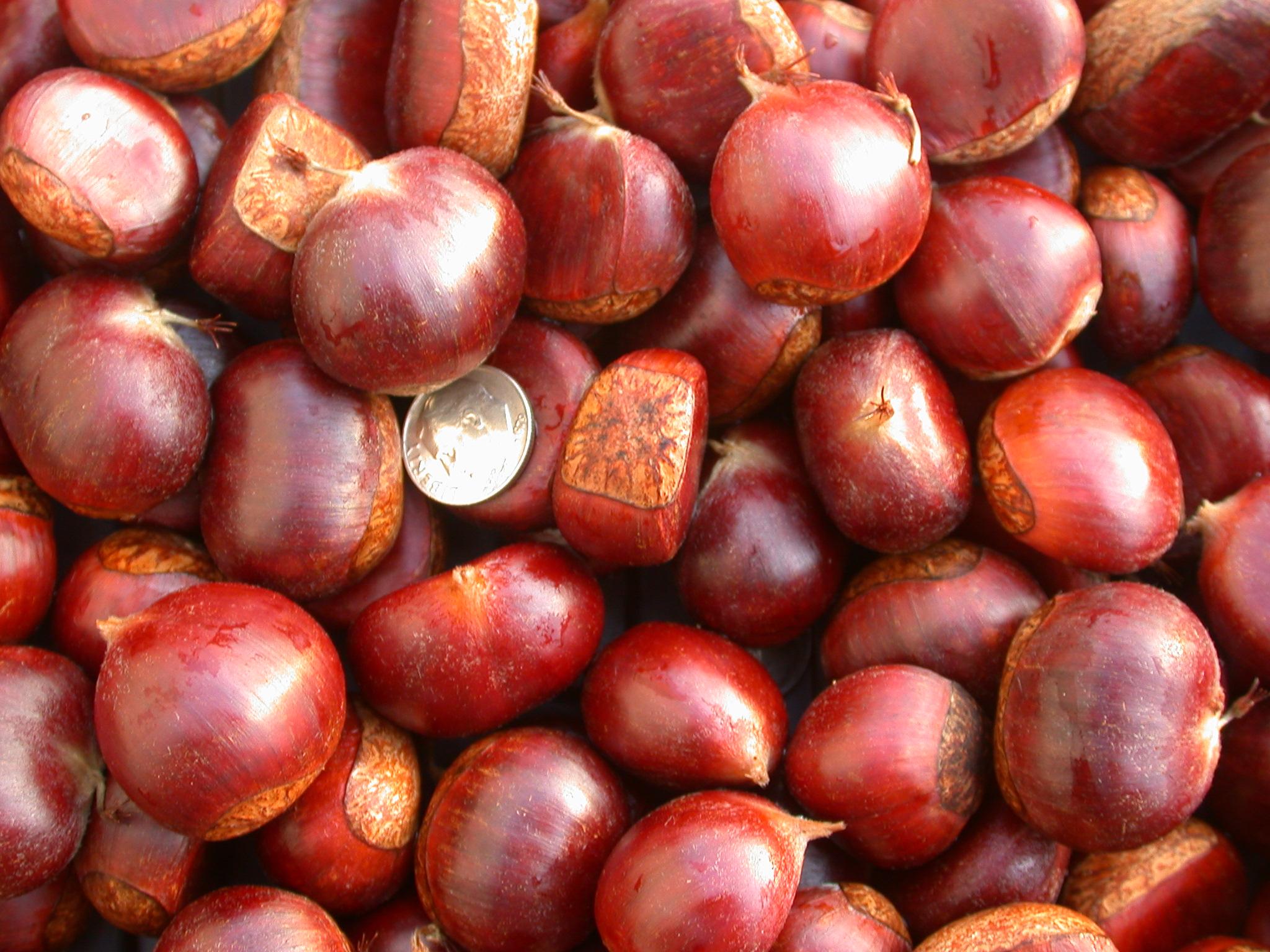 Although chestnuts used to be more common in American cuisine, people who know what to do with them are becoming as scarce as the giant chestnut trees themselves.

Badgersett Hybrid Chestnuts are different from other chestnut trees available elsewhere. Our goal has been to produce a domesticated chestnut tree with multi-purpose traits, such as good nut production, cold hardiness, and resistance to chestnut blight.